Inside the steel we come across every day, hide POSCO’s exclusive technologies! Let’s follow Mr. P’s journal and see the deep and wide scope of POSCO technologies affecting our daily lives. Let’s explore the hidden POSCO — with POSCO Newsroom. 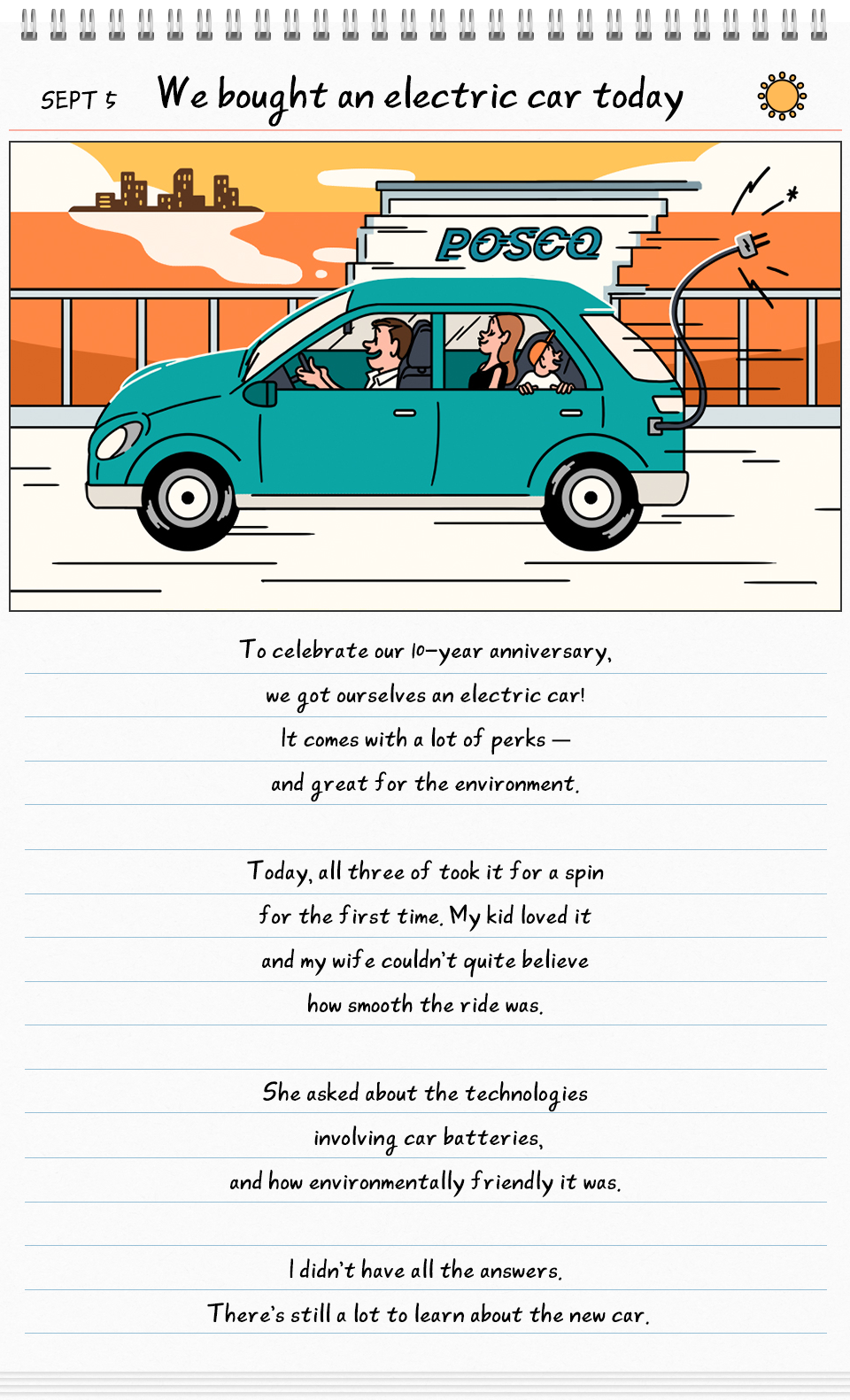 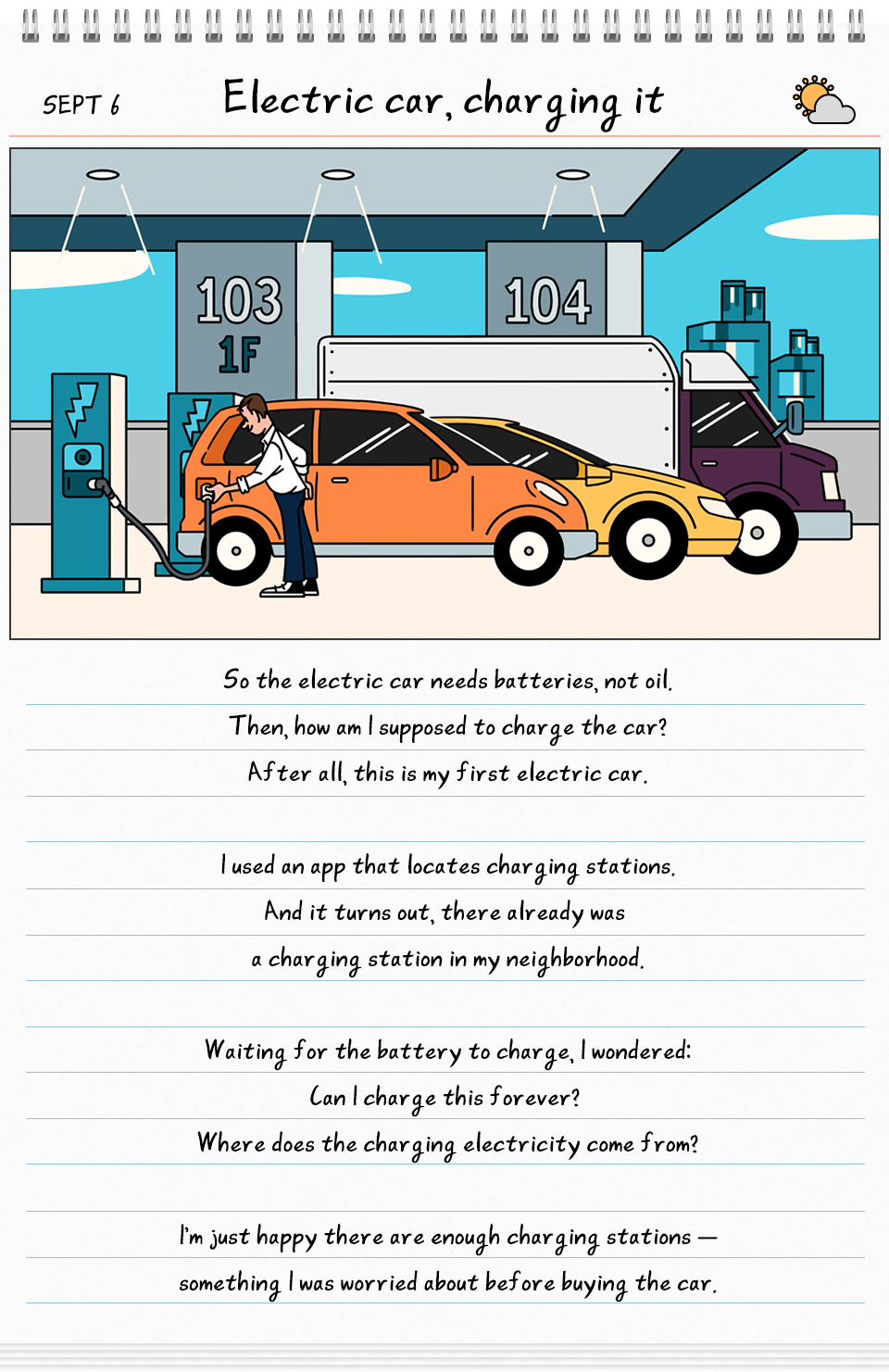 ① GIGA STEEL — Stronger, Lighter and Better for the Environment

With such strength, the GIGA STEEL effectively absorbs and disperses shocks in the event of an accident. It minimizes the shock impact thereby protecting the passengers as well as the batteries. Lighter but sturdier cars were made possible through POSCO’s GIGA STEEL.

GIGA STEEL is also eco-friendly as it helps protect the environment by reducing the cumulative CO2 emissions of cars by about 10%.

Though invisible, steel is what makes car tires more durable. POSCO’s WTP (World Top Premium) tire cord steel is hidden in tire chords one of the many essential tire components. POSCO’s WTP refers to a line of products that enhance clients’ competitiveness with its high technology. POSCO’s WTP steel wire for tire cords are highly regarded – it improves stability and while minimizing the tire weight.

And it’s produced by twisting high carbon steel wire rod into a fine wire of 0.4 to 1.15mm in diameter. To withstand various dynamic loads on the vehicle, the tire cord steel undergoes rigorous quality control.

③ For Drive Motors, the World-class Electric Steel Hyper No

A motor is a key component of EVs. It boosts fuel efficiency and the performance of EVs. The function of drive motors in EV is that of an engine in gas vehicles – it allows the driveshaft to rotate via electric current. Highly efficient drive motors must be equipped with electrical steel plates with minimal power loss. POSCO has developed just that – the world-class electric steel plate, Hyper NO. Hyper No is used on high-efficiency motors.

When converting electricity into rotating energy, energy loss is inevitable. POSCO’s Hyper NO effectively minimizes the energy loss, thereby increasing energy efficiency – by over 30% than conventional products. To maximize motor efficiency, POSCO increased the magnetic flux density and successfully minimized energy loss. Thanks to POSCO’s Hyer No, an ultra-thin electric panel, as thin as 0.15mm, with minimum energy loss became a reality.

The ‘self-bonding’ technology POSCO developed recently applies coatings to the surface of electric steel plates, whose function is similar to that of glue. Unlike welding, POSO’s self-bonding technology retains the innate electromagnet characteristics of electric steel plates, which also connects to the improved motor efficiency. The self-bonding reduces energy loss by over 10 % compared to the conventional welding technique.

Unlike disposable primary batteries, secondary batteries can be recharged and reused repeatedly. Lithium-ion battery, an essential component of EVs, is a type of second batteries. Besides EVs, it is a popular choice for many consumer electronics such as portable devices and laptops. It’s also widely used for industrial robots and power tools that require high capacity and power.

A secondary battery consists of cathode materials that determine the average voltage and capacity of a battery, and anode materials which induce current flow by storing then releasing lithium-iron from the cathode, via external circuits.

POSCO CHEMICAL, POSCO Group’s up-and-coming-global enterprise, produces key materials for secondary batteries – cathode and anode materials. The newly established POSCO CHEMICAL is the result of the merger back in April – between POSCO ESM, top-quality cathode producing enterprise, and POSCO CHEMTECH, Korea’s only natural graphite anode producer. As a result of their merge, POSCO CHEMTECH is expected to bring synergies between anode and cathode production. Large-scale early investments in production facilities are currently underway.

⑤ Battery Charge Stations? POSCO ICT Is on It

The biggest concern for the early adopters of EVs is the business of charging the EVs. Making the charge as easy as possible is the key part of the solution.

Providing power for EVs is also POSCO Group’s utmost priority. Since launching the energy business in 1969, POSCO ENERGY has steadily supplied power to the Seoul Metropolitan area for over 50 years. Through expanded businesses such as the LNG combined-cycle power plant in Incheon, the company went from being Korea’s first private power plant to Korea’s largest.

As it turns out, the world’s top steelmaker POSCO was also a key player in producing core EV materials. The next installation of [Find the Hidden POSCO] will explore POSCO technologies that can be found inside our homes.