How a Steel Company is Changing the Rechargeable Battery Industry

As greenhouse gas emissions and climate change capture the attention of governments, corporations, and individuals around the globe, there is an increased focus on the development and storage of “greener” energy. Central to this are rechargeable batteries that can be used in electric grid storage units, smartphones, laptops, and electric vehicles. These products are pushing global lithium supply to its limits, forcing innovations in lithium production technologies, sources, and battery development.

Below we take a closer look at POSCO’s recent developments in lithium extraction and rechargeable battery production. Technological innovations have helped POSCO emerge as a leader in the industry as it seeks to make each step of the process more sustainable, more affordable, and less wasteful.

Over 94% of the global lithium supply comes from just three places: South America (44%), Australia (36%), and China (14%). This is because most lithium is found in naturally occurring brines at high altitudes and with little rainfall. Brines are underground reservoirs of dissolved salts containing elements such as lithium, potassium, and sodium.

To extract lithium from these brines, the salt water must be pumped to the surface into evaporation pools. Once on the surface, the brine is concentrated through solar evaporation techniques and then processed to remove impurities and separate the lithium – a process which can take anywhere from 12-18 months. 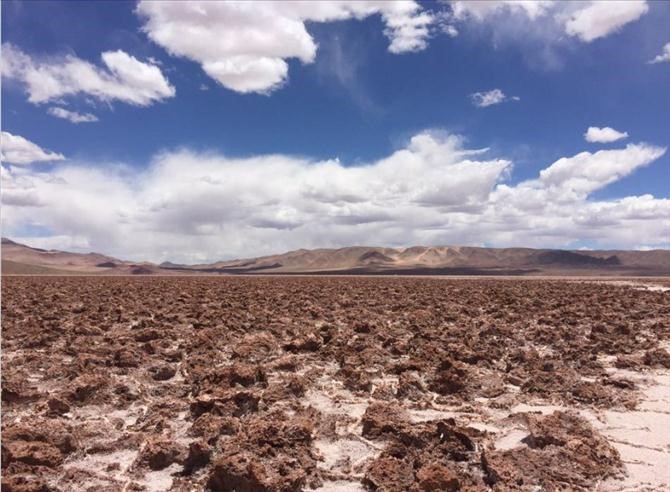 The Pozuelos Salt Lake in Argentina are one of the few places in the world where lithium can be extracted from brine.

Lithium can also be extracted from hard rock like spodumene. This process is much faster than extraction from brine; however, it is also much more expensive (up to double the cost) and requires a wide range of hydrometallurgical processes.

While traditional lithium extraction takes anywhere from 12-18 months, POSCO’s new method shortens the time frame to anywhere from eight hours to one month while also offering a purity rate of 99.9% and increasing the lithium recovery rate to over 80%. Also, typical brine extraction by evaporation is a resource heavy process, and POSCO’s advancements help to make it a much more sustainable venture, using less water and resources.

The electric car industry is expected to grow exponentially in the coming years. By 2040 it is expected that electric vehicles (EV) will have up to 47% penetration with consumers. EVs powered by rechargeable batteries will put an added burden on the already stretched lithium supply. Therefore, efforts to expand lithium sources are under way in order to meet the growing demand.

Today, brine and spodumene are most often used and there have been efforts to process lithium from clays. While that process has not yet been commercialized, last month Lithium Australia successfully extracted 94% to 99% lithium from clay deposits in Mexico.

Also, earlier this year POSCO opened its PosLX plant, which is expected to produce 2,500 tons of lithium carbonate per year. That amount is enough to manufacture about 70 million laptop batteries. What is unique about PosLX is that they are currently obtaining their lithium phosphate, a raw material of lithium carbonate, by extracting it from wasted rechargeable batteries. In extending the life cycle of these dead batteries, POSCO is helping to make an already sustainable energy source even more eco-friendly.

In addition to POSCO’s endeavors to find more sustainable ways to produce lithium, they are also becoming directly involved in battery production. In April of this year, POSCO CEO Kwon Ohjoon announced plans to build a smart factory that would be capable of producing anode materials for rechargeable batteries.

POSCO Chemtech has already expanded its production capacity to 6,000 tons per year, but with the newly announced plant, it will have the capacity to produce 30,000 tons per year with over KRW 200 billion in sales. Also, since the beginning of this year, POSCO has been mass-producing PG-NCM (POSCO Gradient Nickel Cobalt Manganese), the high-capacity cathode material for low-speed electric vehicles.

From smartphones to cars, the future will be powered by lithium-ion batteries, and as more and more industries come to rely on these rechargeable batteries, advancements in lithium production are crucial in order to keep greener forms of energy available and affordable. With new developments in this area, POSCO is already leading in both lithium production and tech innovation, and well-positioned to be a global leader in more sustainable development.

Don’t miss any of the exciting stories from The Steel Wire – subscribe via email today.