Paying $20 for a straw? Sounds like a crazy idea but it’s happening – at FinalStraw.

Last month, worldsteel published a story on FinalStraw, a startup based in Santa Barbara, United States. With a simple but ambitious mission to remove single-use plastics from planet Earth, the creators of FinalStraw pioneered the project last year hoping to secure $12,500 in funding. Instead, they collected $1,894,878 with 38,443 backers who gladly said yes to paying more than $20 dollars to replace single-use plastic straws.

So it began – the birth of a sleek stainless steel straw that is durable, collapsible and therefore, portable. Goodbye to plastic and hello stainless steel. #SteelSaveEarth – POSCO Newsroom reports.

l With Plastic Straws, Our Oceans Writhes in Pain

Americans use 500 million straws every single day. That’s 1.6 straws per person every day, enough to wrap around the earth 2.5 times, and because they’re so lightweight, straws blow into waterways, where they head out to sea and harm wildlife. 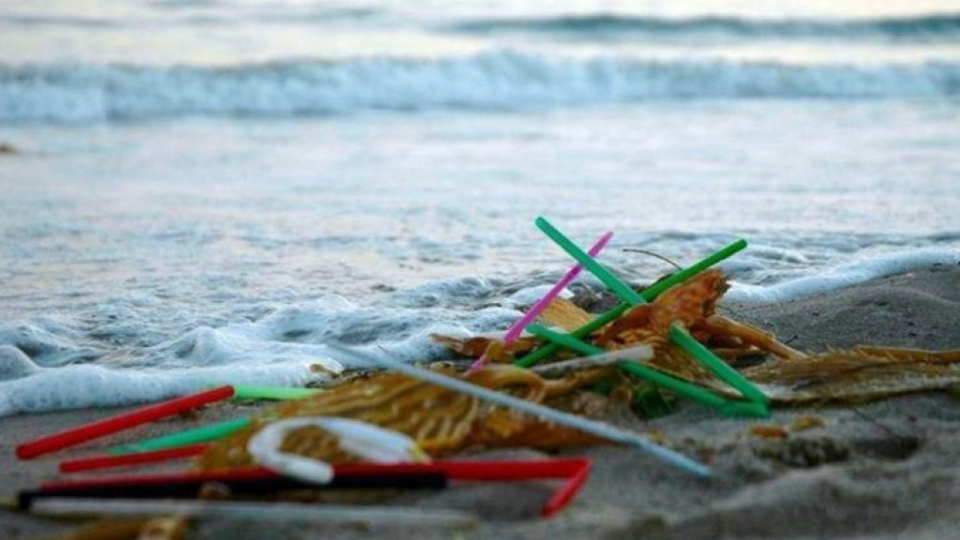 The United Nations Environment Programme reports that only 9% of the plastic waste ever generated has been recycled, and only 14% is collected for recycling now. The global recycling rate for plastics is already abysmal, and for plastic straws, it’s even worse. They are too small to be picked up by the waste management system. Plastic straws can’t be recycled, and they don’t decompose – they pollute our land and oceans.

For years, environmentalists, as well as private industry stakeholders, had been aware of the grave dangers single-use plastics pose to the planet, so they have been implementing various measures to spread awareness and suggest alternatives. POSCO’s #SteelSaveEarth campaign is one such example.

In 2015, a video from Costa Rica went viral – a group of scientists was helping a sea turtle with a wrinkled brownish object stuck up in his nostril, which turned out to be a 10-centimeter plastic straw! The video of sea turtle writhing in pain resonated with the people across the globe. 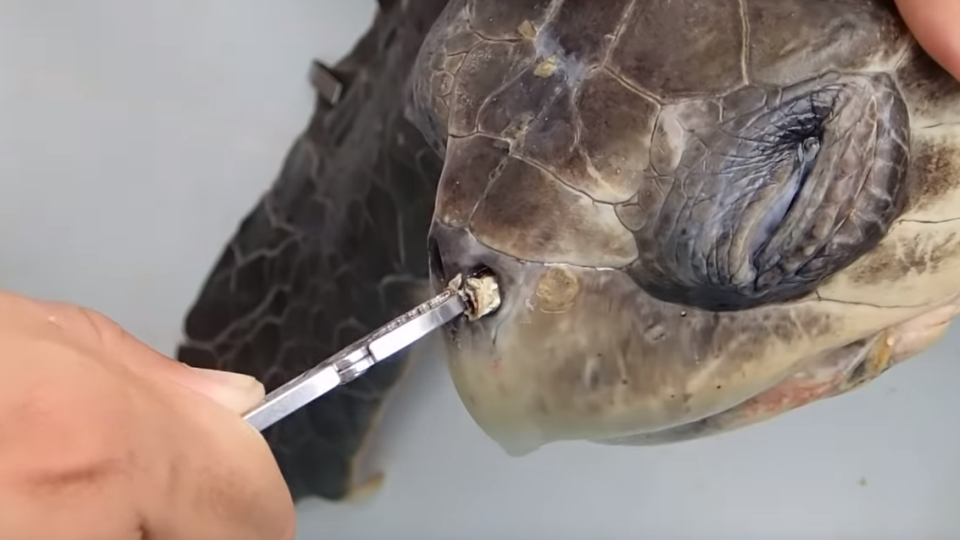 ▲ A scientist helping a sea turtle with a 10-centimeter plastic straw stuck up in his nostril (Image Source: Sea Turtle Biologist)

Since then, the ban has rapidly spread worldwide. Last year, Seattle became the first US city to ban plastic straws and utensils. The EU has agreed to ban single-use plastics by 2021, and Taiwan is also following the suit. According to a UN report, most countries are taking plastic pollution very seriously – 127 countries had already implemented some type of policy regulating plastic use by July 2018.

When FinalStraw first launched on Kickstarter last year, it instantly made headlines – the company smashed past its initial goal. The 38,443 backers pledging all together $1,894,878 sent a clear message – the consumers wanted to end single-use plastic straws, and there was a hunger for the plastic alternative, and in this case, it was found in the stainless steel FinalStraw.

It is the world’s first reusable and collapsible straw – which makes it extremely portable. It’s collapsible, how? The stainless steel straw divides into 4 pieces and folds neatly into the container. When it comes out of the container, it assembles like a magic wand – the magnetic nature of steel not only boosts steel’s recyclability, it obviously plays a big role here too.

The FinalStraw CEO Emma Rose Cohen spent years in the Pollution Prevention Department at Los Alamos National Laboratory, working to reduce the Lab’s waste. The genesis of the stainless steel straw started as her thesis project when she was a master’s student studying environmental management and sustainability at Harvard.

Environmentally conscious for years, Cohen had not been using plastic straws for years but hated to-go container box. That was the starting point of her thesis. 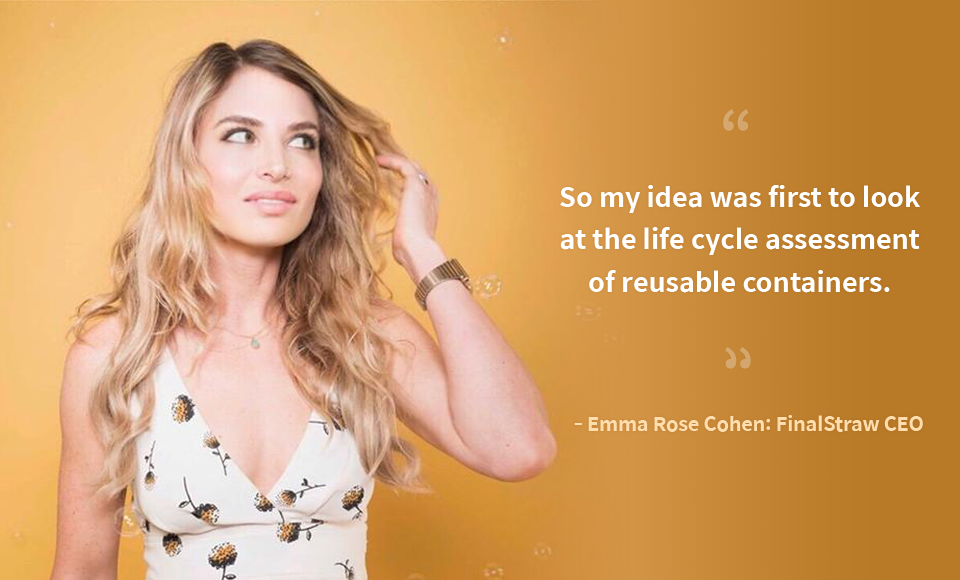 ▲ Image source: Final Straw and the quote sourced from ‘The Startup Story‘

“Every time I go out to eat, I always got something to go, and I hated the to-go containers because you never know what you’re getting. You can get styrofoam, plastic, or aluminum, all these different things. Once I get home, I put my food on a plate, and throw them all away. So my idea was first to look at the life cycle assessment of reusable containers – how many times these reusable containers need to be used in order to hit the break-even point with the single-use container. And secondly, whether I could design something that would be convenient to carry, easy to use, and simple to clean. So I designed a collapsible to-go container .”

So the journey of FinalStraw began – from the life cycle assessment of reusable containers.

l Stainless Steel Straw to Save the Planet

Is $20 too much to create a plastic-free future? Thousands of FinalStraw backers say it might just be the cheapest ticket to step away from plastic pollution. FinalStraw just launched #PlasticFreeJuly campaign encouraging their followers to make small changes by refusing the single-use plastics we use every day. 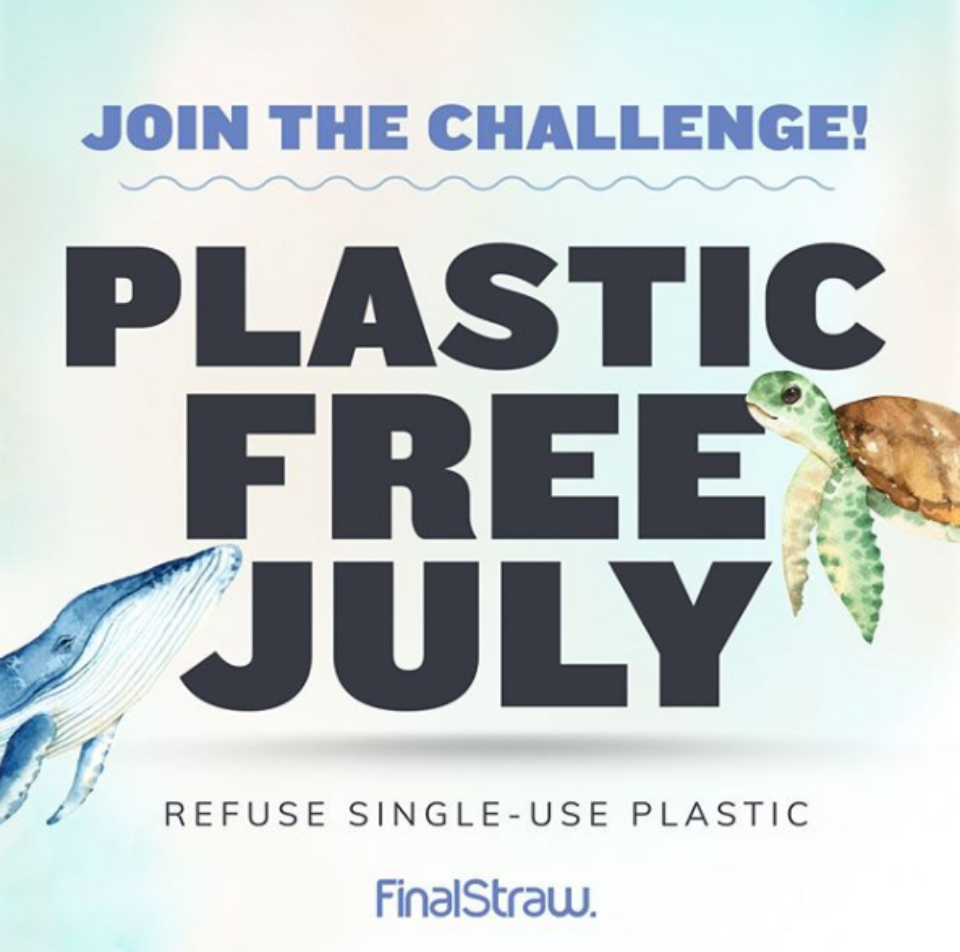 Meanwhile, alongside the creative and innovative entrepreneurs like the FinalStraw creators, POSCO will continue the journey to help build a sustainable future with the clean steel initiative, like #SteelSaveEarth.